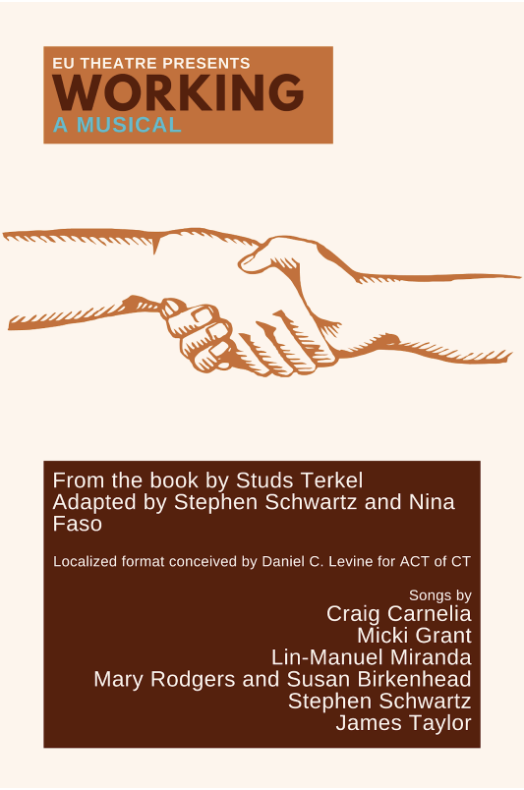 Based on Studs Terkel's best-selling book of interviews with American workers, Working paints a vivid portrait of the workers that the world so often takes for granted: the schoolteacher, the phone operator, the waitress, the millworker, the mason, and the housewife, just to name a few. Nominated for six Tony Awards, this classic has been updated for a modern age, featuring songs by Lin-Manuel Miranda, Stephen Schwartz, Craig Carnelia, James Taylor, Micki Grant, and more. This localized version of Working gives theatres the opportunity to add local worker interviews from their own community to their production. While most of the professions have been updated, the show, still set in contemporary America, contains timeless truths. Behind every job, there is a person with a story to tell. With universal subject matter and a diverse ensemble cast of variable size, Working is one of the most accessible, relevant and substantive musicals ever created.

Back to All Events
© 2023 Eastern University