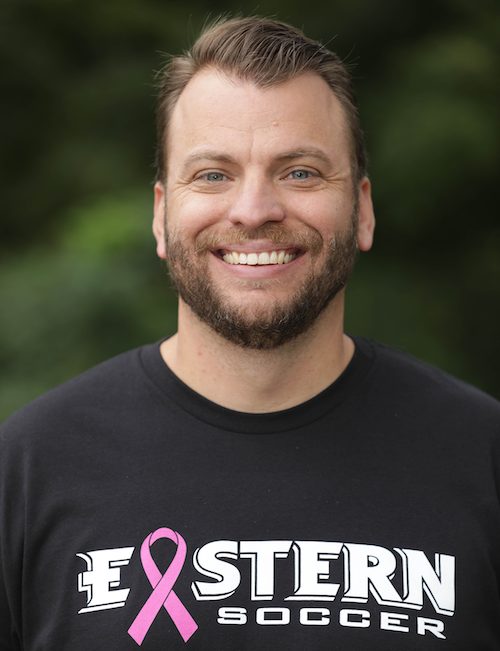 Psalm 139:16 reminds us that everything happens for a reason, as a part of God’s plan. So when Eastern University’s softball field was almost entirely washed away in 2018, the Athletics Department seized the opportunity to “flip the field,” rotating home plate 180 degrees as part of a massive project to improve the field’s playability and aesthetics. In April 2019, after 32 games played away from home, the Eagles played a doubleheader on their own field, right in the heart of St. Davids.

“The Lord works in mysterious ways,” muses Athletic Director Eric McNelley, who has helped oversee a wave of transformation across the entire Athletics department over the last 13 months. “The flood managed to push something the University needed to address right up to the forefront.”

“We’ve done so much in the last 13 months,” McNelley continues, “and we’re continuing the momentum and the buzz.”

But for Director McNelley, these improvements are not just about new turf, netting, or the fresh coats of paint. McNelley’s commitment to Eastern Athletics is rooted in the knowledge that athletics play a vital role in the University’s promise to its students, providing myriad opportunities for competition, development, and leadership in multiple sports even as they learn and grow as Christians in their chosen field of study. “Not everybody gets to impact their students in this way,” says McNelley. “Athletes have six days a week with coaches and peers, going through trials and tribulations together. We get to walk alongside and mentor them, and even share some scripture. If we’ve reached one, then we’ve succeeded.”

“God’s going to put trials and tribulations in front of you, and you have to make the choice to stay rooted in scripture and faith.”

To McNelley, this remains the biggest role and greatest part of athletics: to mentor and guide student-athletes as they navigate the inevitable ups and downs they encounter on the field and the classroom. “It is so important to help prepare them for life and the workplace,” McNelley says. “God’s going to put trials and tribulations in front of you, and you have to make the choice to stay rooted in scripture and faith.”

And faith remains core to each and every decision that McNelley, the coaches, and the staff of the Athletics Department make. “All of us come from different walks of life and faith experiences,” McNelley says. “But here, every voice gets heard. Helping foster a welcoming and loving Christian environment is the most exciting part of being at Eastern.”