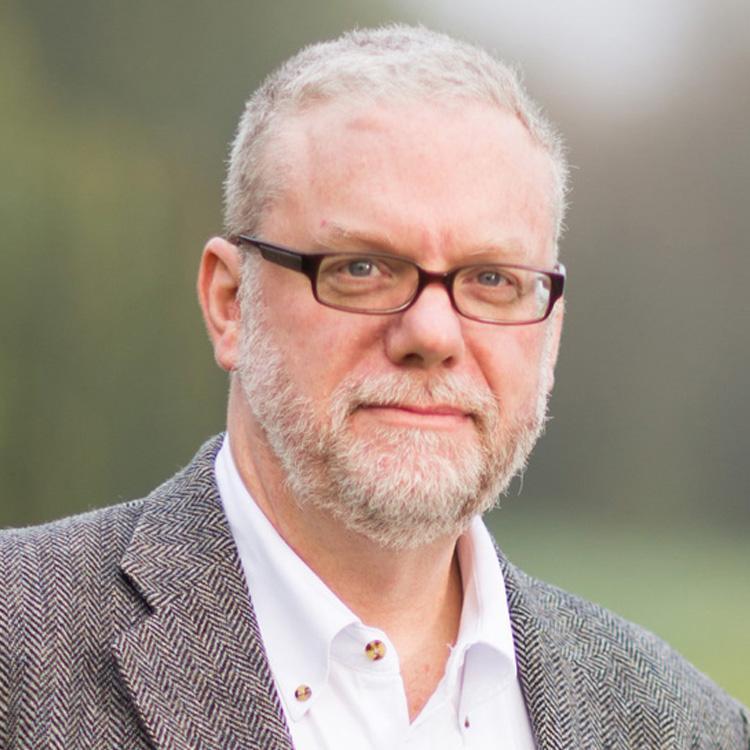 Writer, editor, publisher, and teacher, Gregory Wolfe has been called “one of the most incisive and persuasive voices of our generation” (Ron Hansen). Both as a thinker and institution-builder, Wolfe has been a pioneer in the resurgence of interest in the relationship between art and religion—a resurgence that has had widespread impact both on religious communities and the public square. As an advocate for the tradition of Christian Humanism, Wolfe has established a reputation as an independent, non-ideological thinker—at times playing the role of gadfly but ultimately seeking to be a reconciler and peacemaker.

Gregory Wolfe is the founder of Image—one of America’s leading literary journals, which he edited for nearly thirty years. He was also the founding director of the Seattle Pacific University MFA in Creative Writing program, which he led for twelve years. He currently edits a literary imprint, Slant Books, through Wipf & Stock Publishers. Wolfe’s writing has appeared in numerous publications, including the Washington Post, Wall Street Journal, First Things, Commonweal, and America. In 2005 he was a judge for the National Book Awards. His books include Beauty Will Save the World, Intruding Upon the Timeless, and The Operation of Grace.

His wife, Suzanne, served as Writer in Residence and taught English literature and creative writing at Seattle Pacific University for nearly two decades. Her second novel, The Confessions of X, won the Christianity Today Book of the Year Award in 2017.

The Wolfes have four grown children—Magdalen, Helena, Charles, and Benedict—and live in the Richmond Beach neighborhood of Seattle, Washington.