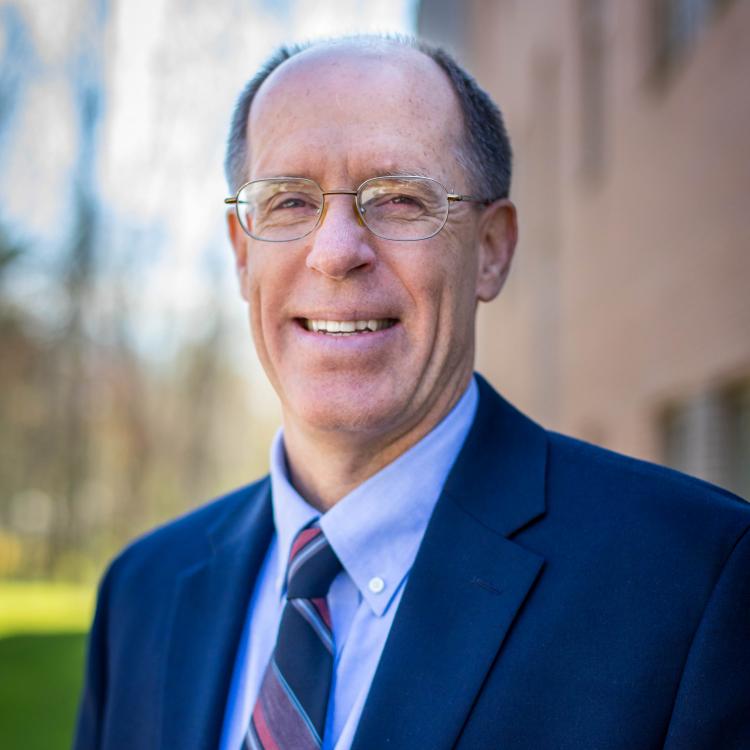 David Bronkema is a Professor in the College of Business and Leadership at Eastern University and holds the Eastern University Templeton Chair for Christian Service through Entrepreneurship. He is a primary faculty member in the PhD in Organizational Leadership program, and teaches a variety of courses in writing, qualitative research, global leadership, advocacy and public policy, and fundraising.  David has been with Eastern University since 2006, and received the Lindback Award for Distinguished Teaching in 2010.  He has served as the director of Eastern University’s Master’s of International Development and MBA in Economic Development programs, and most recently finished up a stint as Dean of Palmer Theological Seminary of Eastern University in 2021.

David’s formal education includes an M.A. in International Relations and a Ph.D. in Sociocultural Anthropology from Yale University. His Ph.D. dissertation explored the history of Protestant missions to Latin America and the legacy of those missions for international development work by Christian non-governmental organizations. His publications, writings, and talks have explored the intersection between business, civil society, faith, and justice, with a particular interest in the area of spiritual metrics, Business as Mission, religion and development, community development and advocacy, evangelical approaches to engaging the development field, and the informing of anthropological theory from a faith-based perspective. His most recent publications are a co-authored book called “Advocating for Justice: An Evangelical Vision for Transforming Systems and Structures” (Baker Books, 2016) and a co-edited book called “On Knowing Humanity:  Insights from Theology for Anthropology” (Routledge, 2017).

David grew up in Portugal and Italy in a missionary family, and after graduating from Swarthmore College in 1983, he spent the next five years in Honduras working with a Honduran Protestant community development organization and with peasant, labor, and human rights organizations in that country. In 1998, David joined the American Friends Service Committee (AFSC), coordinating their programs first in Central America and then also in the Andean Region. During his time at Eastern, David has helped create and facilitate a website on evangelical advocacy, a conference on measuring spiritual impact, a Business as Mission Collaboration group, and has served on a variety of boards and as an advisor for development agencies and conferences.

David attends Wheatland Presbyterian Church in Lancaster.  He is married to Robin, and they have three children: Emily, Jacob, and Josiah.

Back to Senior Leadership
© 2023 Eastern University