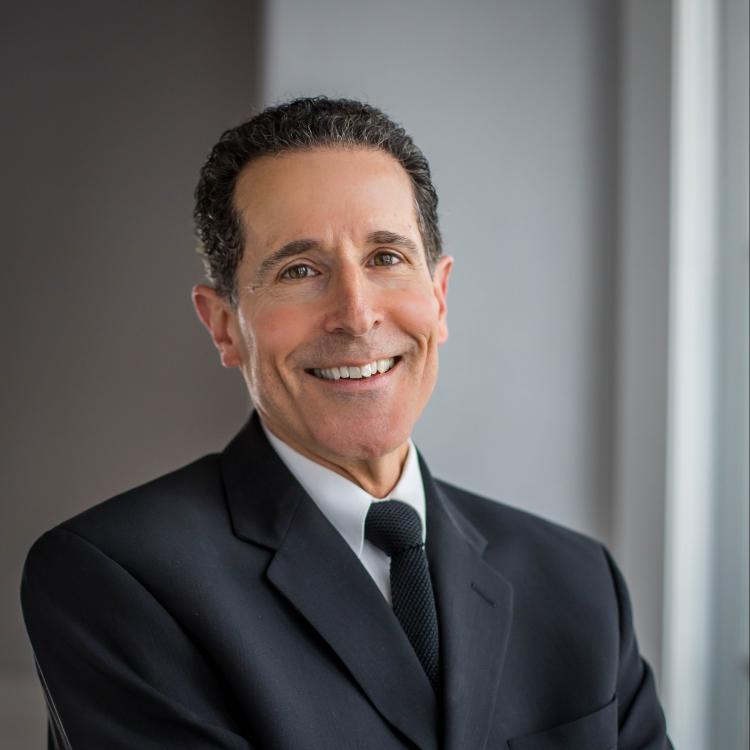 Ronald A. Matthews joined Eastern University in 1992 and was appointed the 10th President of Eastern University effective March 1, 2018. Prior to this call, Dr. Matthews served as Professor of Music, Chair of the Music Department, and since 2010, Executive Director of the Fine and Performing Arts Division.

At the age of 23, Dr. Matthews was invited to join the faculty of Nyack College as the Director of Choral Activities. He received his Doctor of Musical Arts degree from Combs College of Music in Composition with an emphasis in Orchestral Conducting.

From 1982-1992, Dr. Matthews was the Chair of the Department of Music at what is now Cairn University. For several years, he was a Thomas F. Staley Foundation lecturer/artist and served on professional and denominational boards and task forces. From 2005 until 2018, he was the Pastor of Worship Arts at Church of the Saviour in Wayne, PA.

Dr. Matthews has conducted, recorded, and performed in France, Germany, Ireland, Israel, Italy, Switzerland and the Vatican. He is a commissioned and published composer. He has performed and recorded regularly with his younger brother, Rev. Dr. Gary Matthews, in concerts and workshops throughout the United States and internationally. His older brother, Dr. John T. Matthews, is Professor of English at Boston University. Dr. Matthews' most recent release is a jazz piano Christmas recording, Holly and Ivory.

Dr. Matthews is married to Pamela R. Matthews, who was raised in Oreland, PA and graduated from Springfield High School. She graduated from Chestnut Hill Hospital's School of Radiologic Technology. Mrs. Matthews is a registered Ultrasonographer and received her training in Ultrasonography from Jefferson University and Chestnut Hill Hospital. For over thirty years she worked in Obstetrics and Gynecology with Abington Hospital - Jefferson Health until 2017. She served as the President of the Home and School Association for the Upper Moreland Round Meadow Elementary School during which she raised funds for new playground equipment. For the Middle School, she organized a campaign resulting in the purchase of a new grand piano for the music program. Mrs. Matthews is an avid tennis player and is also interested in charitable and mission work. She has organized fundraising projects for Haiti and the Cherokee Indians in Cherokee, NC, and she has traveled to Cartagena, Colombia on a sports mission trip.