Eastern University is delighted to host the distinctive lecture series, Windows on the World. Since Spring 2021, Eastern features dynamic speakers on a monthly basis rather than a weekly basis.

We have three exciting names lined up for the spring semester! Presentations are on Fridays (dates below) at 10 a.m., in a virtual format. They are sponsored by the Office of the Provost and open to the public. 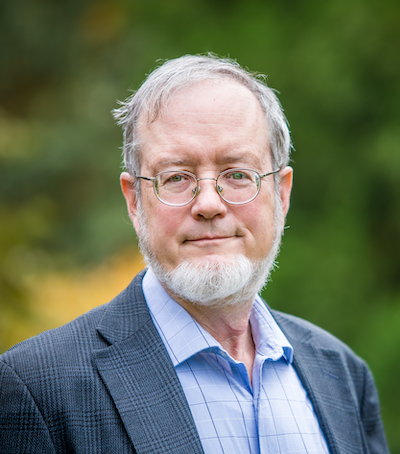 Windows on the World (February 12th at 10 a.m.): “Keeping out of the Rabbit Hole: Conspiracy Theories vs. Politics as Usual". How can we read the news responsibly and critically, aware that there really is such a thing as media bias, without falling into the polarized and conspiratorial world of “alternative facts”? Politics as usual can be dishonest and destructive, and always demands critical scrutiny. Conspiracy theories, on the other hand, claim to expose the lies, but instead suck us into a rabbit hole that gives us paranoia rather than critical thinking.

Dr. Phillip Cary has been a Philosophy Faculty member at Eastern since 1998. He has authored several books and scholarly publications in areas of research such as Augustine, Luther, History of Christian Thought, and Theological Interpretation of Scripture. Dr. Cary is a philosopher married to a midwife (he thinks about the mysteries of life; she puts her hands on them). He and his wife have three sons and two grandchildren. His favorite theologian is Martin Luther, which means he feels quite comfortable in a high-church Anglican congregation where they love both Word and Sacrament. Learn more about Phillip Cary. 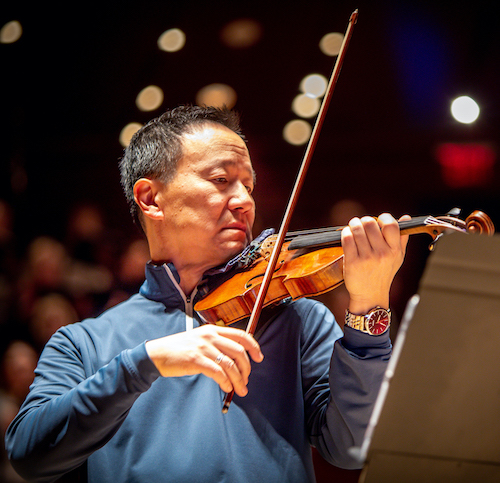 Windows on the World (March 19th at 10 a.m.): “Meditation: Beauty and Truth in a Politicized World”. Keats famously mused "Beauty is truth, truth beauty." What kind of music do we find so soul-stirringly beautiful that it seems to echo Truth? Would it surprise you to know who wrote an exceptionally stirring sonata or concerto? In a time and world where the so-called fight for truth has turned very ugly before our very eyes, a deeper look at what some of us may consider beautiful, particularly in the genre of classical music, may help shed some light on Truth.

Violinist David Kim was named concertmaster of The Philadelphia Orchestra in 1999. He is also a soloist in many other orchestras around the world. He appears as concertmaster of the All-Star Orchestra on PBS stations across the United States and online at the Kahn Academy. Mr. Kim has been awarded honorary doctorates from Eastern University, the University of Rhode Island, and Dickinson College. His instruments are a ca. 1757 J. B. Guadagnini made in Milan, on loan from The Philadelphia Orchestra, and a ca. 1754 Michael Angelo Bergonzi from Cremona. Learn more about David Kim.