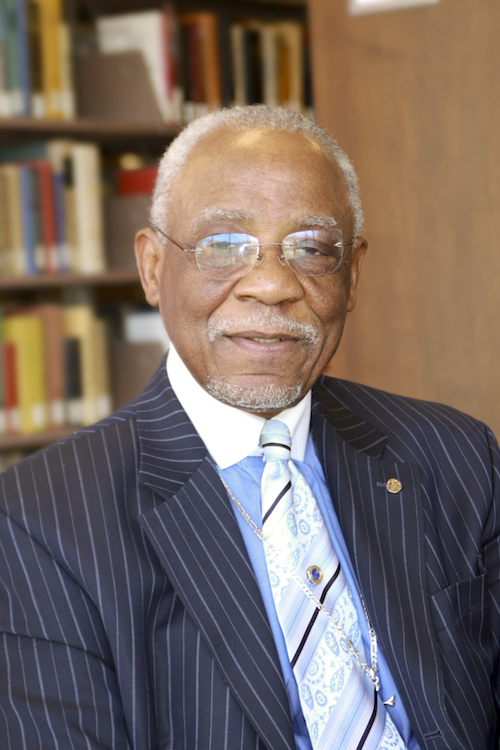 Rev. Dr. W. Wilson Goode, Sr. is director and organizer of the nationally acclaimed Amachi Program, a national faith-based mentoring model for children of incarcerated parents. Because of his innovative and ground-breaking work, in 2006 he received two prestigious awards: the Civic Ventures $100,000 Purpose Prize and the Philadelphia Inquirer’s Citizen of the Year. He is an ordained Baptist Minister with over 50 years of service at the First Baptist Church of Paschall located in southwest Philadelphia.

Dr. Goode has served as an officer in the U.S. Army. He also led ground-breaking work in faith-based housing for low and moderate income persons. He was the first African American member and later chairman of the Pennsylvania Public Utility Commission. He again broke racial barriers with his appointment as Managing Director for the City of Philadelphia. He would follow that as the City’s first African American Mayor for two terms. He subsequently spent 7 years as Deputy Assistant Secretary of Education under the Clinton Administration. He left that position in 2000 to help organize the Amachi Program, which is now his ministry and life’s work.

He has earned degrees from Morgan State University (BA), the University of Pennsylvania (MA), Eastern Baptist [now Palmer] Theological Seminary (D. Min.), and fourteen honorary doctorates. Dr. Goode is Chairman of the following boards: the Free Library of Philadelphia; the Philadelphia Leadership Foundation; and the Leadership Foundation of America. He is the author of two books, In Goode Faith and Building From The Ground Up.

He and his wife of over 50 years have one son, two daughters, and two granddaughters.