Dr. Meader and his wife Adrienne have three children and live in Mullica Hill, NJ.

Dr. Bosch is a seasoned pharmaceutical executive with more than 20 years of experience in the industry, including a broad span of applications of nanotechnology and all phases of drug product development.

Bill is a co-inventor of SoluMatrix Fine Particle Technology™ which has been commercialized in three FDA-approved prescription drug products, and has been instrumental in leading the clinical development, regulatory strategy, and technical readiness activities at Churchill Pharmaceuticals.

Bill is also the Chief Science Officer of iCeutica Inc. and previously served as Director of Pharmaceutical Research at Elan Corporation where he managed the development activities for four commercial products that incorporate nanotechnology. Bill was a co-founder of NanoSystems LLC in 1995 and a co-inventor of NanoCrystal® Technology. 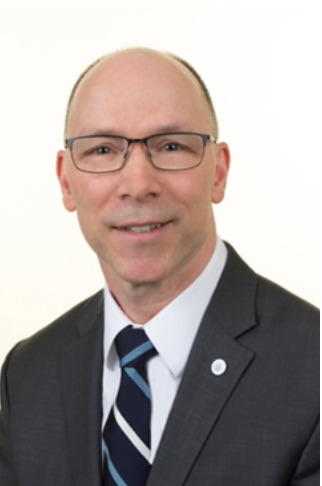 Dr. Russ Carfagno is a director at Johnson Controls where he leads a group responsible for technical services and control systems for commercial products. Dr. Carfagno has also led organizations involved in marketing, product management, business operations, and field service management. He is a Navy veteran where he served six years in the submarine force. He also works as an adjunct professor at Central Penn College and facilitates courses at Cornell University. He has an associate degree in electronic engineering from Thomas Edison State University, a bachelor's degree in technical management from DeVry University, an MBA from the Keller Graduate School of Management, a certificate of advanced graduate studies (CAGS) in leadership, and a Ph.D. in organizational leadership from Eastern University. His research has been focused on value-based leadership and how values impact the way in which followers prefer to be led.

Dr. Carfagno and his wife Nancy have one daughter and live in York, PA. 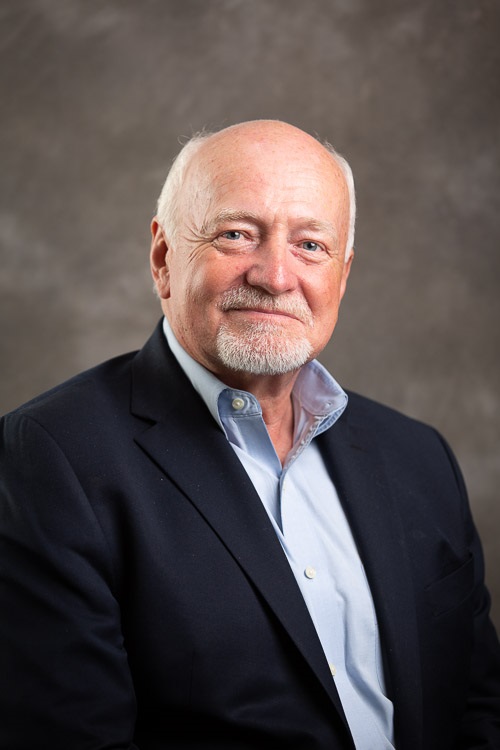 Dr. David Greenhalgh came to Eastern University in the summer of 1993.  Prior to that, he served 22 years in school administration; 11 years working with the Deaf in Providence, Rhode Island and 11 years as the founding headmaster of West Bay Christian Academy also in Rhode Island. He taught courses on the Philosophy of Education, Moral Education, School Governance and Education in a Global Context. He initiated certification programs in educational leadership to prepare principals and superintendents and served as Dean of Arts and Sciences from 2003 – 2006. He was then the founding Director of Eastern's Ph.D. in Organizational Leadership and retired from full-time responsibilities in 2015. As emeritus faculty he continues teaching leadership courses and serving on dissertation committees. 2016-17, he taught Strategic Management for DAI, in Vellore, India. 2016 co-authored Reviewing Leadership: A Christian Evaluation of Current Approaches.

He continues to serve as a consultant, interim administrator, and board member for several organizations. He is committed to the local church, married to Ellie for 49 years, has four adult children, and fifteen grandchildren.

Roselyn Hsueh is Associate Professor of Political Science at Temple University, where she co-directs the Certificate in Political Economy. She is the author of Micro-Institutional Foundations of Capitalism: Sectoral Pathways to Globalization in China, India, and Russia (Cambridge University Press, 2022), China’s Regulatory State: A New Strategy for Globalization (Cornell University Press, 2011), and scholarly articles and book chapters on states and markets, comparative regulation and governance, and development and globalization. She is a frequent commentator on politics, finance and trade, and economic development in Asia, China, and beyond. BBC World News, The Economist, Foreign Affairs, Foreign Policy, National Public Radio, The Washington Post, and other media outlets have featured her research. She has testified before the U.S.-China Economic and Security Review Commission and consulted for The Center for Strategic and International Studies. She has served as a Global Order Visiting Scholar at the University of Pennsylvania, member of the Georgetown Initiative for U.S.-China Dialogue on Global Issues, and Residential Research Faculty Fellow at U.C. Berkeley. She also lectured as a Visiting Professor at Tecnológico de Monterrey in Mexico and served as a Visiting Scholar at the Institute of World Economics and Politics, Chinese Academy of Social Sciences. She is the recipient of the Fulbright Global Scholar Award and other prestigious fellowships for international fieldwork. She held the Hayward R. Alker Postdoctoral Fellowship at the University of Southern California. She earned her B.A. and Ph.D. in Political Science from the University of California, Berkeley. 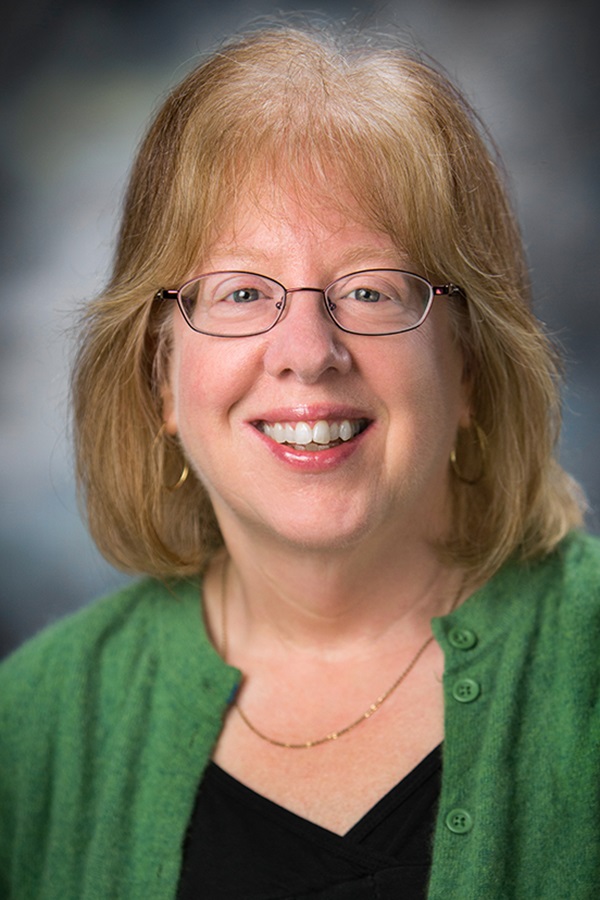 Karen Hosler Kispert is a proud member of Cohort 1 of Eastern University’s Ph.D. program in Organizational Leadership. She has spent her entire adult life as a "pracademic" -- simultaneously in academia as student and/or teacher, and in nonprofit organizational leadership. She was an executive director of human service organizations for over 15 years, and has done nonprofit organization development as consultant and interim executive director since 2011, specializing in helping organizations during times of executive leadership transition. Dr. Kispert coordinates Eastern’s master’s program in organizational leadership, and has been an adjunct faculty at Eastern since 2003, teaching courses in leadership and management. She is a nationally licensed consultant for the "Standards for Excellence," an ethics and accreditation program for nonprofit organizations. Dr. Kispert also holds a Master of Arts in political science from Boston College and has taught political science to undergraduates at various universities in Boston and the Philadelphia area.

Dr. Kispert is active in her local church, is an elected Inspector of Elections, and is an enthusiastic hiker, pianist, and weight lifter! 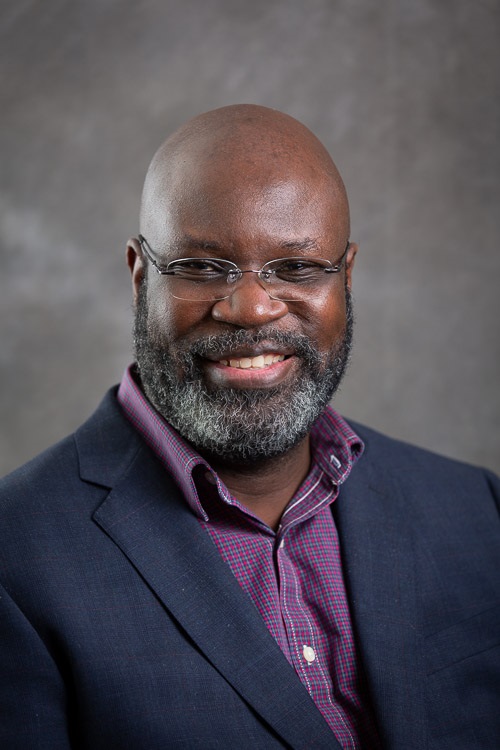 Dr. Leander’s career success has been working with leaders in churches, nonprofit and higher education who are seeking innovative ways to achieve mission and impact in local communities and nationally.

When asked, Jason will confidently explain that he is on a mission to ensure that organizations have a shared understanding of how fundraising really works and that fundraising professionals are recognized and admired for meaningful work. 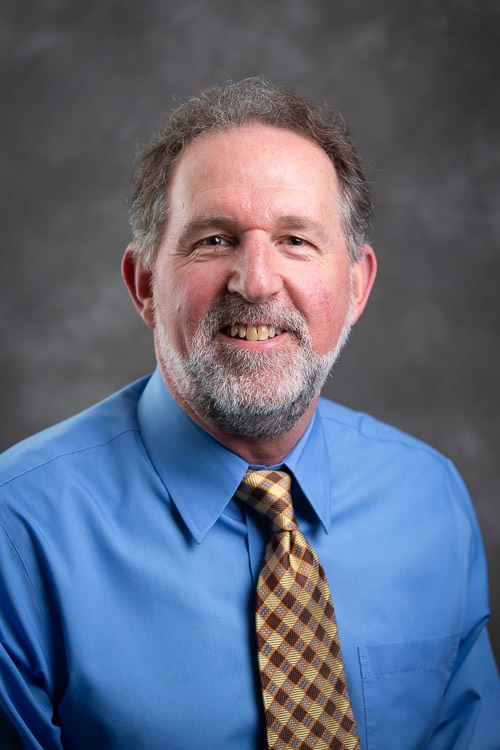 Dr. Kevin McMahan co-leads the Intercultural Development Office at Northwestern College in Orange City, Iowa, supporting the inclusive and differentiated engagement of students from underrepresented cultures, and collaboratively developing the intercultural humility, curiosity and competence of all members of the college community.

Prior to joining Northwestern's staff, Kevin was the director of international programs at Seattle Pacific University. He also has experience in career services, child welfare, and college residence life. Many years ago, he and his wife, Lynne, served as volunteers with the National Initiative for Reconciliation in South Africa during the transition from apartheid to democracy.

Kevin majored in philosophy for his bachelor’s degree from Wheaton College. He earned a master's degree in education/student personnel administration from The Ohio State University. His doctorate from Union Institute & University focused on intercultural higher education.

Kevin feels called to work with diverse groups of many kinds, exploring the constructive value of our differences in life and work together. He has served on the Council of Race & Ethnicity for the Reformed Church in America, and chaired a “task force for understanding & dismantling white privilege as a matter of Christian discipleship”. His current research focuses on interfaith conversations that draw us in vs. those we would rather avoid or escape.

Kevin and Lynne are the proud parents of two young adult sons living in Seattle and Hollywood. 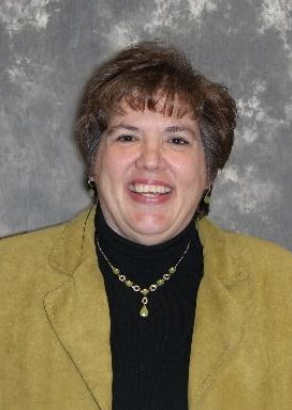 Dr Kimberly Shatzer is a Senior Vice President at the global bank, Citi. In her 25 years with the company she has held various leadership positions in the area of learning and development for the North America Consumer Bank.  In addition to leading her team of approximately 50 professionals located across the country she serves as faculty in global leadership programs.  Prior to her career in banking, Dr. Shatzer worked in the insurance industry.

Dr. Shatzer earned her undergraduate in Business Administration from Shippensburg University and her MBA from Mt. Saint Mary’s College as a non-traditional student while working full time.  She returned to learn more after twenty years of practical experience by enrolling in a doctoral program at Eastern University in 2012.  She earned a Ph.D. in Organizational Leadership in 2017.

Dr. Shatzer has added teaching at undergraduate, graduate and doctoral level to her passions, serving on the adjunct faculty at Wilson College, Messiah College, The Evangelical Seminary, and Eastern University.

Kim lives with her husband of 36 years on their farm in Chambersburg, PA where her husband works.  They have a 26-year-old son, JT, who is employed in social work.

Kim is very active in her large church serving as the chairperson of the personnel co-mission, on the board of administration and as a Sunday School teacher.