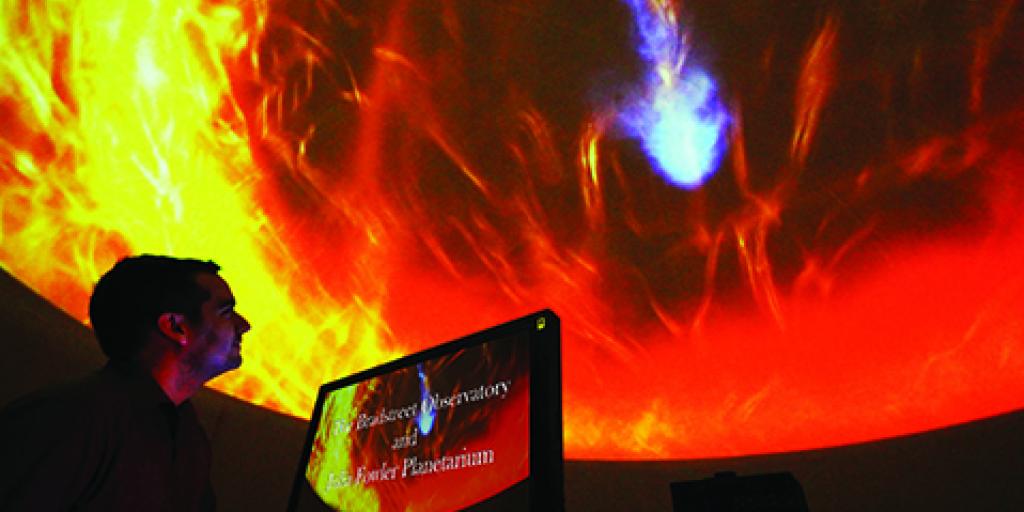 Throughout the year, the Julia Fowler Planetarium serves thousands of PK through college students. The planetarium is open to the public three times a year for special presentations, including the perennial favorite The Star of Bethlehem show in December. Original Fulldome Curriculum is being developed by Dr. David H. Bradstreet for Spitz, Inc., which will be used worldwide at other SciDome planetariums. Most of our public offerings include a 25-minute presentation on the Sky Tonight. The remaining 25 minutes of the public shows feature an IMAX-like fulldome video.

To learn more about upcoming events at the Planetarium, contact Cole Neumann at 610.341.1390 or nicholas.neumann@eastern.edu

Field Trips to the Planetarium

Public Shows in the Planetarium

Shows previously offered include Black Holes: The Other Side of Infinity, The Zula Patrol: Under the Weather, Astronaut, Stars and We are Astronomers.

The planetarium projection system was completely updated in May 2015 to a SciDome XC-S two-projector which has 6 times the resolution and 4 times the brightness of the SciDome that it replaced. This makes the new system one of the brightest and highest resolution planetariums in a 20-foot diameter dome in the world. We also have a SciTouch infrared laser controller which turns the dome into a touch screen, allowing the user direct interaction with the entire screen. The Layered Earth geology software, essentially Google Earth on steroids, is also present on the system opening up entirely new vistas in Earth Science studies as hundreds of overlays can be plotted on the surface and even beneath the surface of the 3D Earth.

Julia Fowler Planetarium was named the "Best Place to Ponder the Heavens" by Main Line Today Magazine (July 2009). Throughout the year, the planetarium serves thousands of pre-kindergarten through college students, including school, church and homeschooling groups. The planetarium is also used by Eastern University professors and students to aid classroom instruction.

Main Line Today wrote:"Tucked away on the bucolic campus of Eastern University, the digital, full-dome Julia Fowler Planetarium offers stunning views of the night sky. And while the staff is dedicated to teaching most of the year, they do develop special shows that run for three weekends each season."

David H. Bradstreet, Ph.D, is Professor and Chair of the Department of Astronomy and Physics and also serves as the Observatory/Planetarium director. "Astronomy is probably the most popular of the sciences and also the least taught in schools," Dr. Bradstreet said. "I'm trying to change that. I see astronomy as a much more fundamental science through which many of the other sciences can be taught. After learning about astronomy, students and the community alike often say, ‘I had no idea how fantastic the universe really is'. Their understanding of God is profoundly influenced when they better understand the universe that He has made and sustains. Astronomy education is critical." 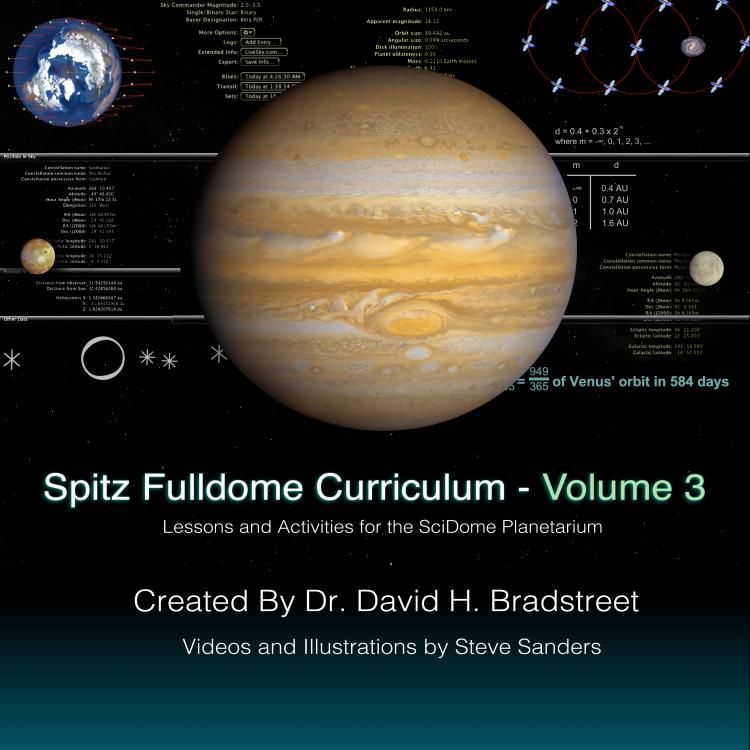 Eastern Professor and Chair of the Astronomy and Physics Department recently released Volume 3 of the Spitz Fulldome Curriculum.
© 2022 Eastern University