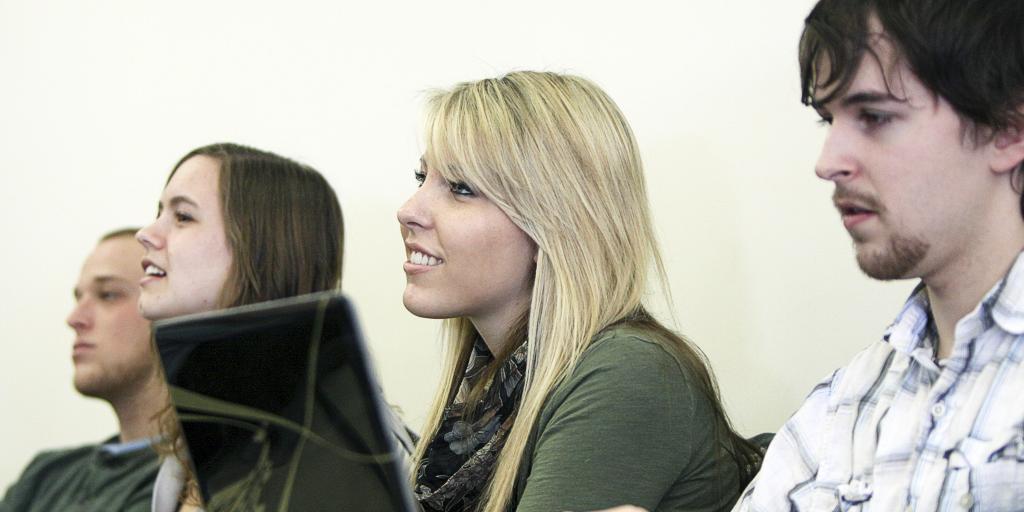 What will you study and experience?

In the Literature Concentration, students focus on the canon and major literary periods, exploring diverse and ethnically rich voices alongside beloved classics. A course in American Literature ranges from Anne Bradstreet to Raymond Carver, our British electives put the working class poet Stephen Duck alongside the Romanticism of Lord Byron, and courses in European Literature range from The Odyssey to Crime and Punishment.

The English Department offers courses that emphasize global, religious, and cultural diversity. Students read international novels and view award-winning films from several countries, ranging from the Dominican Republic to China. Thus, students have the opportunity to appreciate diversity and to investigate cultural and religious practices from all over the world, such as Muslim veiling or Native American ceremonies. In addition, students analyze a number of cultural texts--such as advertisements, paintings, film, music, videos, popular fiction, and graphic novels--in order to discuss contemporary and controversial issues.

Our professors assign creative coursework and collaborative opportunities. In the past, students have worked collaboratively to study records of criminal trials in 18th century London; other groups, film adaptations of Beowulf. In our classrooms, we raise provocative questions based on our reading assignments in order to create a dynamic dialogue, thereby allowing students to arrive at their own answers. In this way, students become part of a community of listeners and interpreters who succeed by honoring, supporting, and sometimes challenging one another as friends.

So it’s not just about books in our Department. It’s about the people with whom we share our lives. For example, English majors will go see a Shakespeare play at the Lantern Theater together, examine original manuscripts at the Rosenbach Museum together, and travel to the Philadelphia Museum of Art to view the special exhibit of Rembrandt’s paintings of Christ together. And that’s just the beginning!