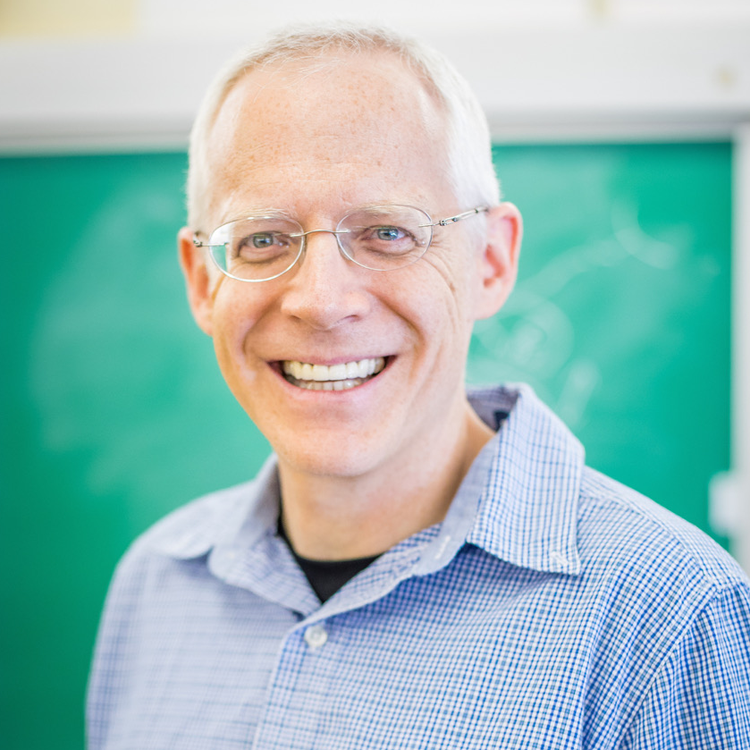 I have been teaching biochemistry and mentoring undergraduate students in research at Eastern University since 2005.  As a biochemist and as a Christian, I approach my profession with the firm conviction that the natural world is God’s creation.  In studying the natural world, I am given a glimpse into God’s creative power and glory; this inspires within me a deeper sense of awe, wonder, and respect for God as I witness the beauty and the complexity that He has built into His creation.  I enjoy awakening in others a similar experience of awe and wonder as I share what I have gained intellectually and spiritually from studying the natural world.  I am grateful for the opportunity I have at Eastern University to guide my students on a tour of one small part of God’s creation – marveling at the chemistry that takes place inside of living systems and, in the laboratory, applying the tools of chemistry and biology to expand our understanding of the natural world – as my students prepare for exciting careers in medicine, dentistry, pharmacy, life science research, or teaching in the STEM fields.

My primary teaching role at Eastern is in the area of biochemistry, though I also teach general chemistry laboratory and instrumental analysis.  The biochemistry courses at Eastern University are an invitation to enter the fascinating molecular world that exists within living systems.  The first semester course, Structural Biochemistry (CHEM 320), provides a survey of the structures, chemical properties, and common functional roles of several major classes of biological molecules that are key players in the chemistry of life.  The second semester course, Metabolic Biochemistry (CHEM 321), provides a glimpse into the drama that unfolds within cells as these major classes of biological molecules work together to make life possible.  A companion Biochemistry Laboratory (CHEM 322) course, which has been described in a paper published in Biochemistry and Molecular Biology Education, provides hands-on, practical experience with a variety of common experimental techniques used in the molecular life sciences to study proteins, organized as a semester-long research-style project.  I also very much enjoy teaching an advanced elective, Structural Basis of Human Disease (CHEM 341), which introduces the technique of protein X-ray crystallography and then surveys a variety of clinically significant human diseases for which the underlying cause is at least partially understood from the perspective of protein structure, concluding with an overview of structure-based drug development in the pharmaceutical industry.

Outside of Eastern, I enjoy riding my recumbent bike on the regional trail system.  My family and I are involved in ministry at Evangelical Formosan Church of Philadelphia, a congregation composed primarily of first-generation immigrants from Taiwan and Mainland China, where I serve as a counselor in the youth fellowship and also serve as a Mandarin-English interpreter during bilingual worship services.

One of my roles at Eastern that I especially enjoy is the opportunity to mentor undergraduate students in research.  In my laboratory research group, my students and I work together as colleagues, applying the tools of biochemistry and molecular biology to investigate the structure and function of proteins that play a role in the interactions between pathogens and their hosts.  As we collaborate, my students gain hands-on experience with a wide variety of experimental techniques used in life science research, enhancing their competitiveness for post-graduate employment in the life sciences or transition to a graduate or professional program such as medical, dental, or pharmacy school.

We presently have two major projects ongoing in my laboratory group.  Students who join my group could potentially work part-time during the academic year or full-time during our summer research program.

Fire blight is a devastating plant disease that occurs in apple and pear trees, as well as other members of the family Rosaceae.  The cause of this disease is a bacterium called Erwinia amylovora, which is related to common human pathogens including E. coli, various Salmonella species, and Yersinia pestis, the cause of plague.  Fire blight bacteria infect and destroy the blossoms, the immature fruit, and even the foliage of fruit trees, leaving a blackened, scorched appearance in their wake.  Epidemics can wipe out an entire orchard in a single year.  In some regions, fire blight disease is such a severe problem that apple and pear trees are difficult to grow commercially.  Fire blight is also endemic within Pennsylvania.

During the establishment of an infection, the fire blight pathogen unleashes an arsenal of chemical weapons, known as virulence factors, aimed at overcoming plant defenses.   Several of these virulence factors are toxic proteins that are directly injected into plant cells at the site of infection via a type III secretion system.  Others may possibly take the form of chemical toxins that are synthesized and secreted in order to weaken the plant or to disable plant defense systems.

Genome sequencing studies at Cornell University have identified a ~62 kilobase region within the bacterial chromosome where a number of genes required for pathogenicity are located.  One locus of particular interest and significance contains a series of five genes, hsvA, hsvB, hsvC, orf12, and orf13, organized into two operons, which are predicted to encode proteins having enzymatic functions.  To investigate the biochemical activities of these proteins, and to gain insight into their roles in pathogenicity, my students have cloned these five genes into heterologous prokaryotic expression systems to produce recombinant protein.

Applying this approach to HsvA, we discovered that this essential virulence factor is a polyamine amidinotransferase enzyme, catalyzing the transfer of an amidino functional group from arginine to spermidine.  Working together with a collaborator at Baylor College of Medicine in Houston, Texas, we also determined the molecular structure of the enzyme, enabling us to visualize the design of the active site at the atomic level.  We found that HsvA employs a novel strategy to bind substrates and has a number of features within the active site region that appear to facilitate recruitment of spermidine with greater efficiency.  In 2017, our research group published a paper in the Journal of Biological Chemistry describing the structure and function of HsvA.  Five of the authors on this paper were undergraduate biochemistry majors, and two others were students at Conestoga High School who worked on the project while participating in a grant-funded internship program at Eastern.  Ongoing studies in the laboratory are investigating the roles that various structural features play in the recruitment of spermidine into the active site.

Back to Chemistry Department
© 2023 Eastern University