The Gift of Hospitality 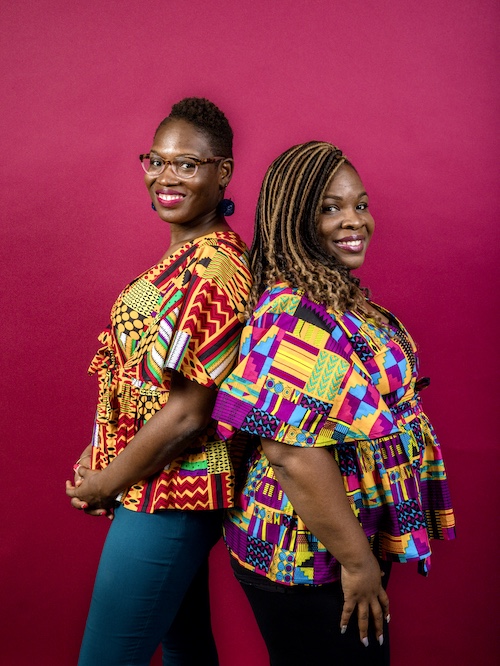 At a time where the majority of the stories we see in the media are divisive in nature, Nigerian-American twin sisters and Eastern alumnae Taiye Oladapo, ’01, and Kehinde (Lola) Oladapo, ’03 are serving others through creating spaces of belonging.

Taiye and Lola started as part-time Airbnb hosts, providing warm and welcoming spaces for guests from all around the nation and world. They fell in love with the art of creating spaces where individuals, very different from them, could come and “just be.” In early 2020, the sisters formally launched The T.L. Hospitality Group, LLC & Urbanity Lush.

When asked what inspired them to start their business, Lola responded, “We witnessed firsthand the power of hospitality to create a warm and inviting environment in which people could come and share freely without the fear of being judged or ‘cancelled’, which we believe is so necessary in our hyperpolarized society today. There’s a need for more spaces like our home where diverse people, with diverse opinions, can come and share. It is in these environments that biases are confronted, allies are formed, and the ‘othering’ of people who are not like us decreases.”

Cross-cultural communication is a field of study for a reason. There are often innate challenges to communicating across differences. There are language barriers, the obstacles of explicit and implicit bias, and the fear of offending others or being offended. Making a commitment to push through each of those obstructions is not only commendable, but necessary as we do our best as Christians to be conduits for healing and unity.

Lola went on to share, “For close to a decade now, we have enjoyed breaking bread with our guests while discussing a range of topics from faith, family, race, and politics; many topics that would be taboo to discuss but are talked about in our home with ease. What we found in these encounters was that our guests, as well as my sister and I, were having a culturally immersive experience that challenged our biases and broke down racial and cultural barriers within the comfort of our own home. For many of our guests, we were the first Christians, as well as black women, that they had engaged up close. They heard and saw the Gospel lived out right in front of them, and we believe they came away with a better understanding of what it means to be Black in America and a Christ- follower.”

This sort of dialogue was common for Taiye and Lola as students at Eastern. Engaging in discussions ranging from theological to cultural differences, the pair credits courses such as Justice in a Pluralistic Society for helping shape how they approached diversity of opinion and thought. As hosts to individuals from a wide range of backgrounds, the goal is never to “win” in these opportunities for sharing. Instead, the two are committed to creating a safe space for expression while respectfully sharing their faith in hopes that a seed might be sown and watered by another, according to 1 Corinthians 3:7.

Hand-in-hand with their passion for hospitality is their call to service; especially as it pertains to speaking up for people experiencing oppression or marginalization –something they first learned to do while at Eastern.

Lola states, “As a student at Eastern, you could often find me engaged in the latest campus activism; whether it be sleeping out on the sidewalk in solidarity with those experiencing homelessnessor delivering an impassioned speech at a Good Schools PA rally in the rotunda of the State Capital building, or lobbying state representatives to change the funding formula for public schools in the city of Philadelphia. Not to be outdone, my sister Taiye cultivated the seeds of service through her involvement in different groups such as: Latinos Unidos, S.O.A.R (Students Organize Against Racism), Habitat for Humanity, and missions with Food for the Hungry.”

In June of this year, Taiye and Lola were invited to serve as Content Architects for B. PHL’s annual innovation festival. Here, during this three-day event designed to show off Philadelphia as a great place to live, work, and do business, they plan to do what they learned to do as followers of Christ and honed as students at Eastern –serve! They will lead an innovative experience called “The Stop Asian Hate Cookie Experience and Contest” design to center the anti-asian hate movement in an effort to build more allies that will speak out against the deplorable acts of violence being committed against Asian-Americans. We celebrate the passion, creativity, and commitment to servant leadership of these fine Eastern University alumnae.