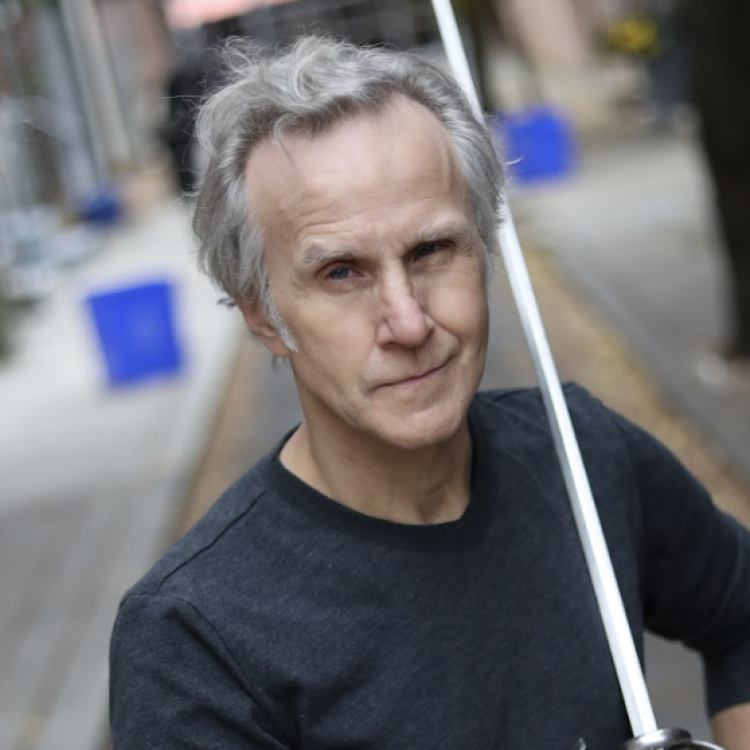 Ian has arranged fights for commercials, film and stage, and been working in the New York and Philadelphia areas for over thirty years. He is a Fight Master with both Fight Directors Canada and The Society of American Fight Directors. Ian has worked on Broadway (Les Liaisons Dangereuses, Liev Schrieber and Janet McTeer at the Booth), the Bridewell Theatre in London, MTM Studios in Rome, Riverside Shakespeare and Interborough Repertory Theatre in New York City, and the Whole Theatre in New Jersey.  Closer to home Ian’s fights have been seen at the Pennsylvania Shakespeare Festival, the Philadelphia Shakespeare Festival, Philadelphia Theatre Company (Adrift in Macao, Chris Durang premiere), Equivocation, A Streetcar Named Desire and Into the Woods at the Arden, Rosencrantz and Guildenstern Are Dead, Hamlet, The Hard Problem, An Octaroon at the Wilma, recently James Ijames' FatHam (New York Times Top Ten Shows of 2021 and Pulitzer Prize Winner 2021). Ian did fights and created the roles of La Böessiere and Picard in Curio Theatre Company’s recent Symphony for St. Georges. Ian was a Technical Advisor on the film A Winter’s Tale.  Ian's fights were featured in the documentary Philadelphia: The Great Experiment –Disorder and the soon to be released teleplay Freedom’s Eve. He is very excited and delighted to be working with Valerie Flower again.