Motion as a Means of Channeling Creativity

The Lamplight Society was established in 2002 to commemorate Eastern University’s 50th Anniversary. The Society serves to honor those who have “shined the light” by making significant contributions to the life of Eastern University and in so doing leave an indelible imprint on the campus community. One individual is selected each year from Eastern’s family of alumni, faculty, administrators and staff. This year we recognize former Executive Vice President, Dr. M. Thomas (Tom) Ridington ’78, MA ’81.  When asked what it means to him to be this year’s inductee Dr. Ridington said, “I was very surprised to receive the call.  I’ve been around Eastern for a while and have witnessed the qualities of past inductees.  It is a great honor to be counted among them.” 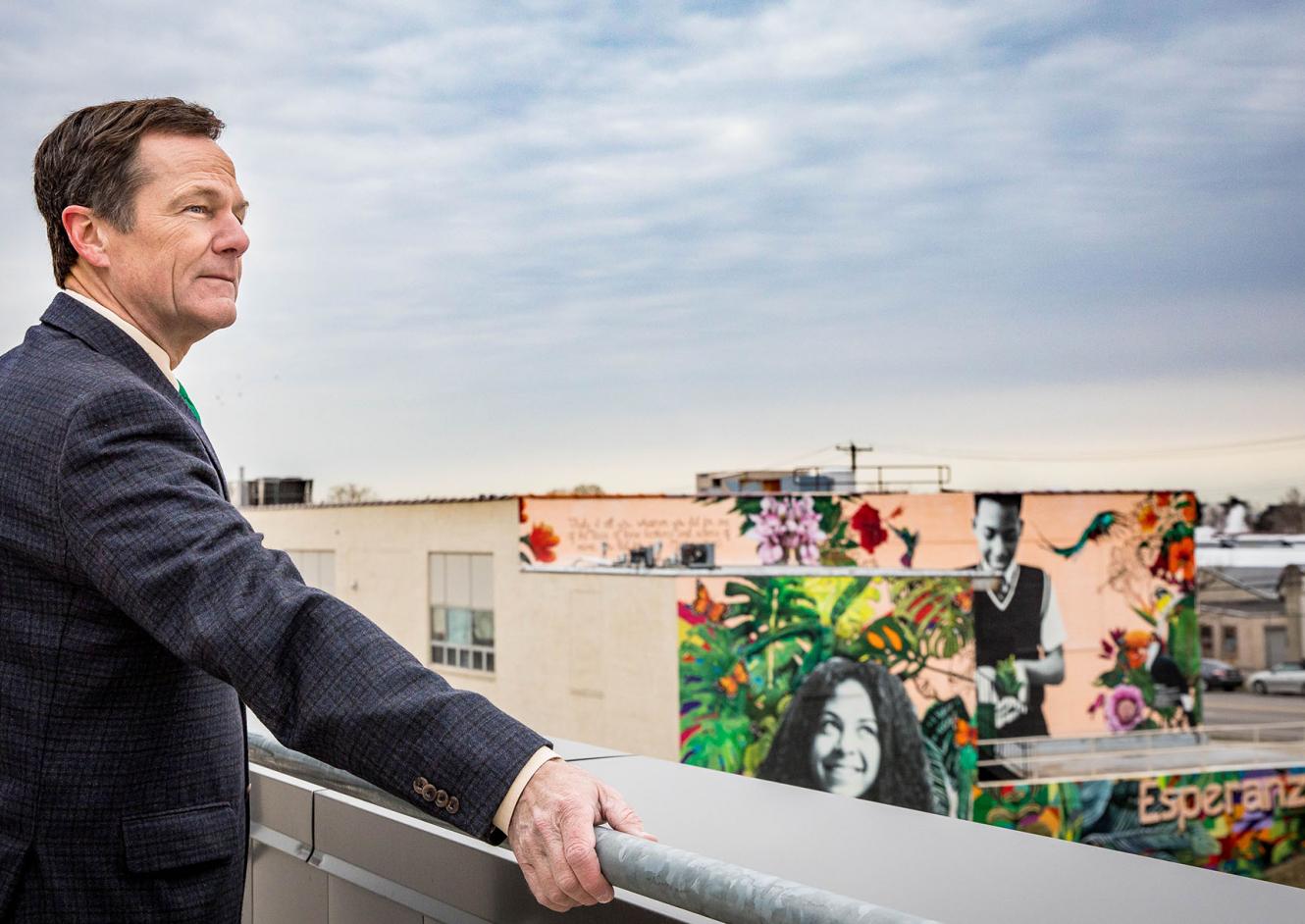 Dr. Ridington worked for more than three decades at Eastern spanning various areas of the University including Admissions, Development, University Relations and the President’s Office. He has also contributed to student life by teaching and coaching. Over the years he has selflessly provided strategic vision, mentorship and guidance to the University community.

Of his life’s work at Eastern he said, “I was blessed to work with a lot of really great people at Eastern.  We raised a lot of money for student aid for a very long time so it’s really rewarding to hear when our alumni are out there doing well and making a difference.  Stepping into the Howard Center, Observatory and other campus facilities always lifts me knowing that we secured the funds for those.  I partnered with faculty and Deans to launch the Openseminary and the PhD programs so it’s always fun when those students arrive for their residencies.  Finally, I was privileged to be there at key moments in Esperanza College’s development from conception through branch campus.”

Fellow Alumnus and Lamplight Society Inductee and Professor and Chair of the Astronomy and Physics Department, Dr. David H. Bradstreet ‘76 said of Tom’s fundraising skills, “Tom Ridington was instrumental in working closely with me in the fundraising for the Bradstreet Observatory.  He patiently and tirelessly worked to find prospective donors and put me in touch with several.  Tom shared my vision and was a fantastic encourager and supporter throughout the many years of fundraising.  Ultimately, he was successful in this endeavor beyond either of our dreams, and I will be forever grateful for his steadfastness and commitment to Eastern.”

In February 2018 Dr. Ridington transitioned from the University to a new position at Eastern’s partner, Esperanza, Inc., a faith-based non-profit organization driven by the biblical mandate to care for the “least of these”, where he had recently served on the Board of Directors. He said of his new role, “I am delighted to be Esperanza’s Senior Vice President for Institutional Advancement and Growth, where I serve with many talented colleagues and several long-time friends to strengthen Hispanic communities.  My responsibilities include providing leadership for the college, communications and development programs.”

Dr. Ridington has been in constant motion contributing to Eastern since his days as a student worker in media services. When asked to comment on being in motion now in his professional and spiritual life he explained, “I have an active imagination, so I value motion as a means for working out my creativity in the workplace.  I also embrace motion in my formation, both spiritually and in all of life.  When I was younger, my primary motivation was the end goal, which was to accomplish consequential things.  However, as I age my understanding of legacy is moving from producing good things to goodness itself.  Praying in the ancient Ignatian tradition of the examen helps my faith walk remain dynamic as I endeavor to sync the constant motion of this life with the movement of the Holy Spirit.”

This article was originally featured in the Spring/Summer 2018 Edition of Eastern Magazine. View the full magazine here.