January 15, 2021
By Dr. Randolph Walters, Special Assistant to the President for Diversity, Equity, and Belonging

An Appreciation of Dr. Martin Luther King, Jr.’s Vision and Message for our Community 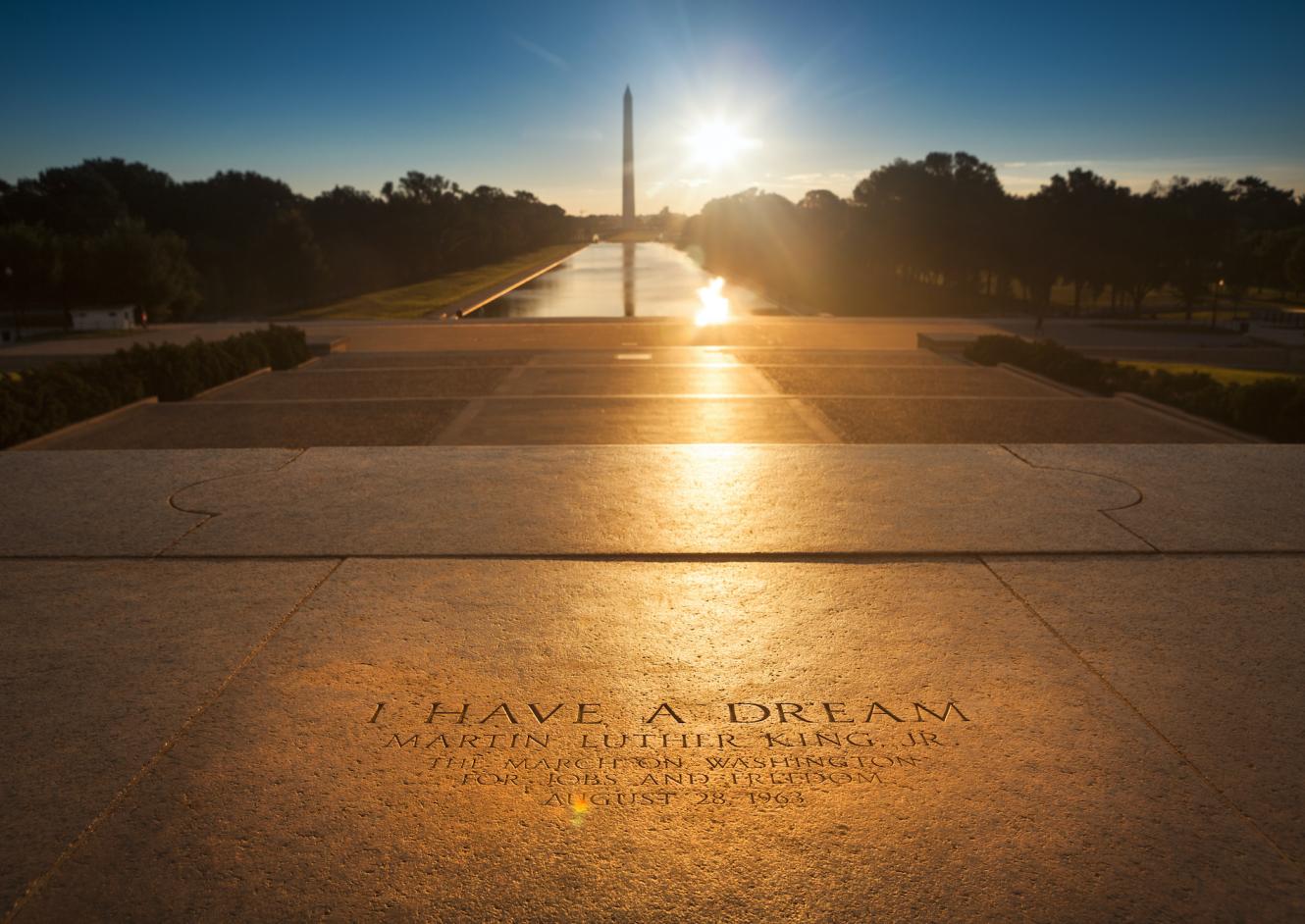 “We are now faced with the fact that tomorrow is today. We are confronted with the fierce urgency of now. In this unfolding conundrum of life and history, there "is" such a thing as being too late. This is no time for apathy or complacency. This is a time for vigorous and positive action.” - Martin Luther King Jr.

On August 28, 1963, at the Lincoln Memorial on the Washington, D.C. National Mall, Dr. Martin Luther King, Jr. delivered his famous “I Have a Dream” speech. In that speech, Dr. King made a clarion call for racial and social justice. The phrase “The fierce urgency of now” is not only bold but prophetic. It is a call not just for the 1960s but for today.

Growing up in the 1960s in the Caribbean, I was affected by this speech and recall writing it out, learning and reciting it with excitement when I was 9 and 10 years old. As a little boy, Dr. King was my hero and became the inspiration that contributed to the birth of my deep sense of social consciousness and sensitivity to human pain and injustice. While there are so many powerful parts of this speech, one of the phrases that always stuck with me was “The fierce urgency of now.”

As a nation of diverse people, we can no longer deny the reality of white supremacy and institutional racism in our communities and institutions. “The fierce urgency of now” is more than a call to action, it is also a call to acknowledge truth. There is no justice without truth. We are beyond hyperbole. We need to find substantive ways to address these issues and be intentional and dedicated in dismantling this scourge in the United States of America. The scourge of white supremacy and institutional racism has caused great suffering to communities of color and crippled the spiritual vitality of the nation.

Fifty-eight years later we are confronted with “The fierce urgency of now.” Tomorrow is indeed today. Black, Indigenous, and People of Color (BIPOC) are prone to ask, “how long?” Why does justice seem to take so long? They are not alone. In the late 7th century BC the prophet Habakkuk grappled with the same question as he complained and cried out against wickedness, violence, injustice, and wrongdoing he saw,  and he experienced God as one seemingly ignored:

“How long, Lord, must I call for help, but you do not listen? Or cry out to you, “Violence!”  but you do not save? Why do you make me look at injustice?

Why do you tolerate wrongdoing? Destruction and violence are before me; there is strife, and conflict abounds. Therefore the law is paralyzed, and justice never prevails. The wicked hem in the righteous, so that justice is perverted.” (Habakkuk 1:1-4)

As a modern prophetic voice, the late Dr. Martin Luther King, Jr. spoke in the spirit of Habakkuk.  After his historic march from Selma to Montgomery, on March 25, 1965 on the steps of the State Capitol, in Montgomery, Alabama, Dr. King in his speech “Our God is Marching On” asked:

As we reflect on Dr. King’s message it is clear that his vision, his voice, and his message is still so pertinent for us today. It seems like yesterday is still today. “The more things change, the more they stay the same” (plus ça change, plus c'est la même chose) - Jean-Baptiste Alphonse Karr.

The racial and social justice marches and protests of 2020 exemplify “The fierce urgency of now.”  As a nation, the United States is in a cascade of crises – they are not only political, economic, or about the pandemic but existential as well. At the risk of being reductionistic, I offer four crises that we must confront “with the fierce urgency of now” – a crisis of truth, a racial crisis, a crisis of violence, and a crisis of safety.

It was heartbreaking to watch the events that took place in the nation’s capital, in Washington, D.C. on January 6, 2021. We are seeing a flight from truth in our nation. This flight from truth detracts from our ability to engage in ways that honor the dignity and integrity of the human person. It detracts from the nation embracing its own declaration as it became an independent nation.

“We hold these truths to be self-evident, that all men are created equal, that these are Life, Liberty and the pursuit of Happiness.”

The United States Declaration of Independence, 1776

We still have a long way to go. The sad reality is that when we fail to accept and acknowledge truth, when we fail to accept diversity and treat each other with equity, we resort to violence. Our inability or unwillingness to accept truth is psychologically and spiritually crippling. “Violence is the last refuge of the incompetent,” shares Isaac Asimov. We seem bent on a psychological preference for violence and revenge over truth and inclusion. During Dr. King’s life, he constantly grappled with violence and we can learn from his sage insights:

“The ultimate weakness of violence is that it is a descending spiral, begetting the very thing it seeks to destroy. Instead of diminishing evil, it multiplies it. Through violence you may murder the liar, but you cannot murder the lie, nor establish the truth. Through violence you murder the hater, but you do not murder hate. In fact, violence merely increases hate...Returning violence for violence multiplies violence, adding deeper darkness to a night already devoid of stars. Darkness cannot drive out darkness; only light can do that. Hate cannot drive out hate; only love can do that.”

The reality is hatred never wins. Violence never wins. The values of faith, hope, and charity must be embraced. These are the values that win. These are the values that lead us to an appreciation and valuing of diversity, a creation of systemic contexts and communities that facilitate equity and a sense of belonging. For this to become a reality, we must be committed to do what is right. Dr. King believed that “The Time Is Always Right To Do What Is Right”.

On February 6, 1968 in his speech in Washington, D.C., “A Proper Sense of Priorities”,  Dr. King concluded with a poignant observation.

And there comes a time when we must take a position that is neither safe, nor politic, nor popular, but one must take it because it is right.

As a higher education Christian community, we are positioned to respond “with the fierce urgency of now”  by boldly and passionately living out our motto of faith, reason, and justice. Choosing faith causes us to walk into this season with hope and not apathy. Choosing reason will result in academic excellence, intellectual integrity, and the ongoing search and embracing of truth. Choosing justice will commit us to the work of Diversity, Equity and Belonging in our community. Then Eastern University can be a place where every member of the university feels a sense of belonging and is able to participate fully in the life of Eastern University. This was the Kingdom vision of Dr. King for all of us:

Dr. Randolph Walters is Special Assistant to the President for Diversity, Equity, and Belonging and Associate Professor of Counseling Psychology