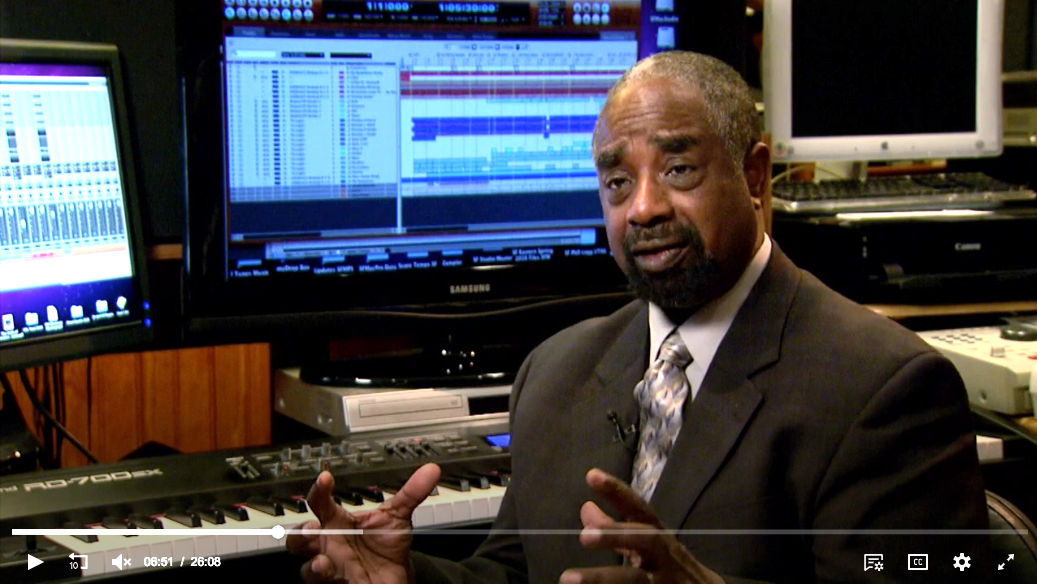 Professor Steven Ford, Chair of Eastern’s Music Department and Executive Director of the Fine and Performing Arts Division, was featured on WHYY’s “Movers and Makers” this week. The episode, entitled “Mastering Your Craft,” journeys through Ford’s background as an accomplished musician and captures his current work teaching students at Eastern University.

Professor Ford is a music consultant, award-winning record producer, and internationally-respected musician, lecturer, and educator. His contributions on numerous album/CD productions have resulted in 4 Grammy Awards, 12 Grammy Nominations, 5 Dove Awards, and 10 Stellar Awards. The episode begins by highlighting his impact on the gospel music genre. “Ford has been instrumental in bringing this soulful genre into the mainstream,” declares the show’s host.

The story then moves into Ford’s work as a professor and department chair at Eastern. “After 25 years of experience working in the real world, I wanted to give back,” shares Ford amidst engaging classroom shots. “I love teaching; I love students; I love the interaction.”

President Ron Matthews is also interviewed in the episode, elaborating upon his respect for Steven as both a musician and professor. “He is a role model; he is an educator; he is a pastor, he’s a teacher; and personally, he’s a great friend.”