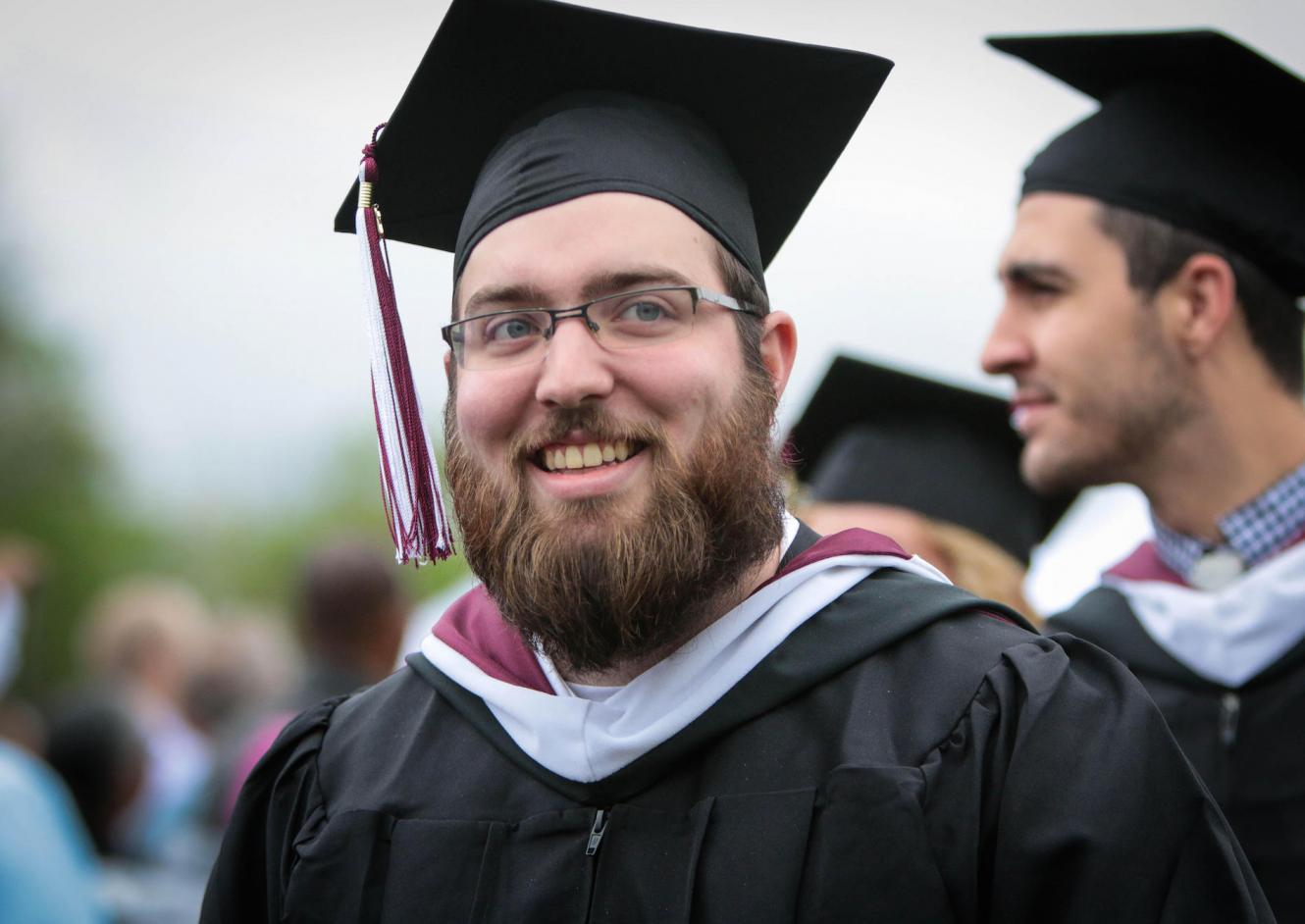 The word "principal" often times conjures up images of stuffy and severe authority figures. As the youngest principal in Denver Street School history, Jonas Dorsett ’16 is smashing stereotypes and tearing down walls of bias to help raise up a generation of world-shapers.

Serving as principal at a nonprofit Christian high school for “at-risk youth” was never in the foreseeable plan for Jonas. An enthusiastic Economic Development major from Barre, Vermont, Jonas had resolve to take on the world and bring about social and economic change through micro-finance. It wasn’t until he sat in a chance elective course that he felt the stirring and call to education. “It was a course called Gilded Age and Progressivism with Dr. Flynn,” Jonas recalls. “It went beyond being a wonderful and informative class — it set my feet on the right path.” He remembers reviewing a freshly graded paper with a short and powerful snippet of feedback: “You should think about teaching in the future.” That charge profoundly impacted his life and plowed the path to Lakewood, Colorado’s Denver Street School.

After graduating, Jonas accepted his first position as a Denver Street School math teacher. Very quickly, Jonas observed the disinterest his students had toward their education, and wondered what he could do to prompt some much-needed social change. When the overwhelming desire for organized sports presented itself, Jonas revived DSS’s dormant after-school basketball program, which now currently competes as an official varsity team. The school marveled at the major improvements in the students’ attendance, grades, and overall "self-value," and recognized that they needed this committed and innovative leader at their helm.

“In order to do this ‘Christianity thing’ right,” Dr. Backues, MS ’93, an Economic Development professor, challenged Jonas, “You have to get your hands dirty and experience people on their level.” This charge is the vehicle through which Jonas encounters wonder every day as he navigates the school hallway. “The resilience of my students instills in me such a sense of awe,” Jonas shares. “When 40% of them have experienced homelessness, 81% of them have a family member incarcerated, and 88% have already experienced academic failure, I have to wonder at their resilience and courage in showing up ready to learn each and every day.”

Jonas, with the support of his wife Shannen (Richards) ’15, is committed to serving his students through unconditional love, overwhelming compassion, and deep respect for where they’ve come from and where they’re going.