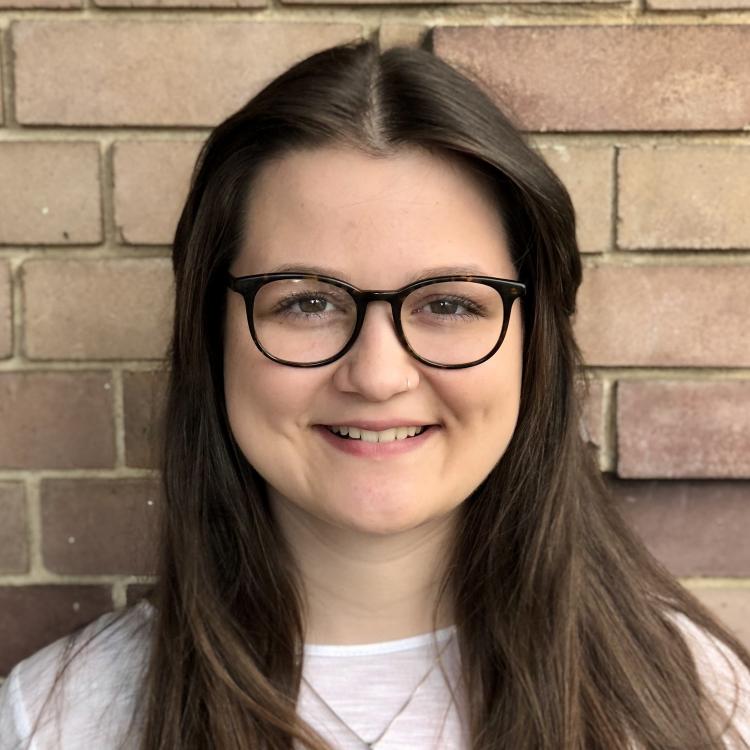 Sloan’s research specialty is post-communal-trauma drama, with projects ranging from Holocaust cabarets to pinpeat orchestras after the Khmer Rouge genocides to a Lockerbie, Scotland plane crash. Her current projects include Brundibár by Hans Krása and Adolf Hoffmeister, translated by Joža Karas, an adaptation of William Shakespeare’s The Tempest for State Fair Community College, and an adaptation of Ecology of a Cracker Childhood by Janisse Ray.

With the moniker “Southern Directurg”, Sloan is passionate about uplifting communities in the rural Deep South through education, community resources, compassion, empathy, and art. She loves Dolly Parton, the Drive-By Truckers, the Bible, and her 12-year-old Jack Russell Terrier, Einstein. She loves backpacking, kayaking, rock climbing, and playing bassoon, piano, and steel pans. Whenever able, she and Einstein drive back to Mississippi to visit loved ones and work towards a brighter future in her homeland.

Back to Theatre Department
© 2022 Eastern University